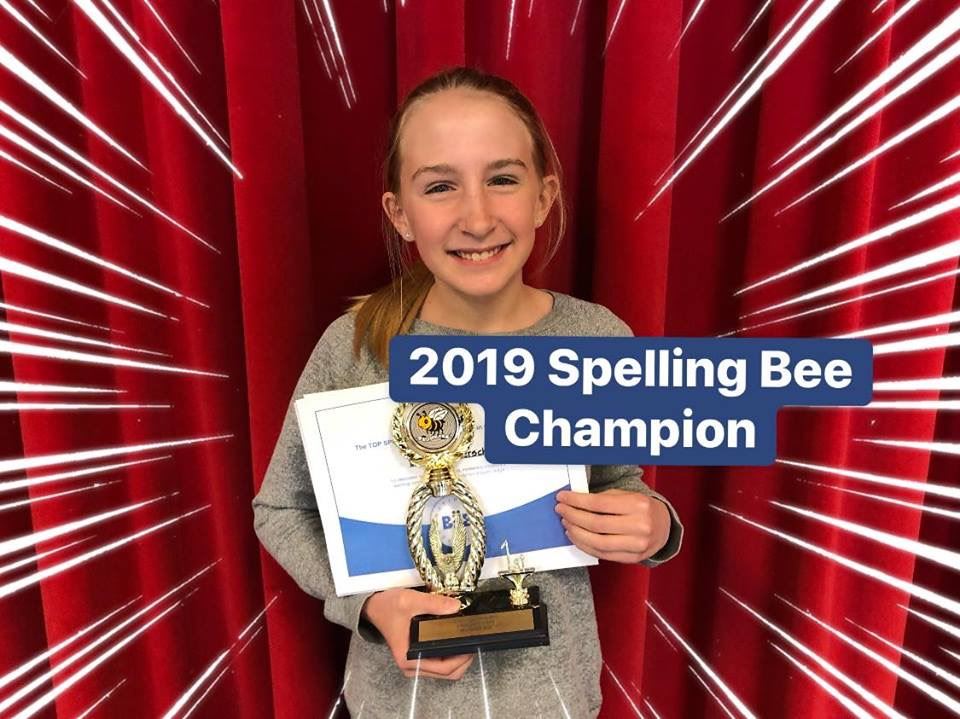 We have a WINNER! Emma Walterscheid has been named the Muenster ISD Spelling Bee Champion.  In the 2019 School Spelling Bee, after THIRTY edge-of-your-seat rounds and 210 words, this sixth grader was declared the Muenster ISD 2019 School Spelling Bee Champion.  The contest was held in the MISD Cafetorium on Wednesday, January 30. Walterscheid was named the champion by correctly spelling the word grenadier. 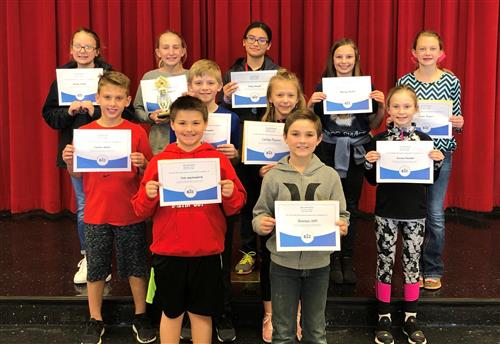 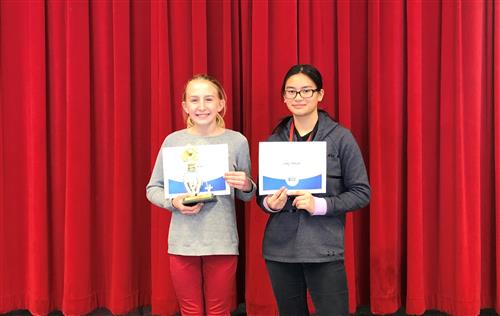